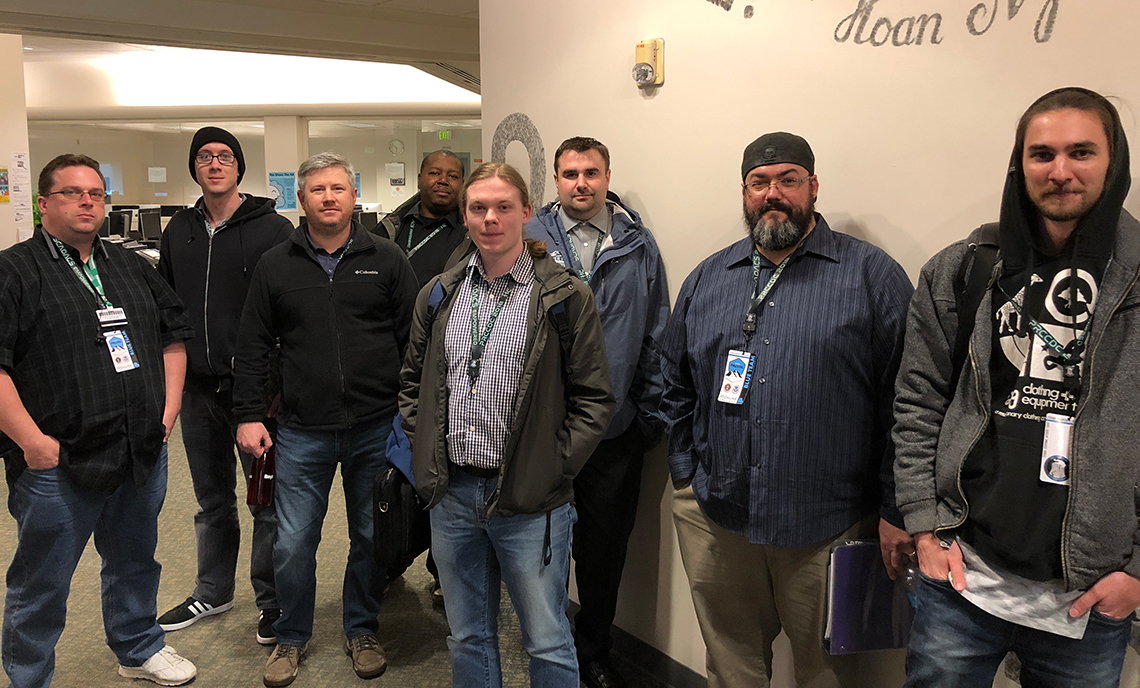 Hosted by Highline Community College, the three-day competition ran March 23-25 as one of 10 regional competitions under the umbrella of the National Collegiate Cyber Defense Competition. That event originated in 2005 with a focus on “the operational aspect of managing and protecting an existing network infrastructure,” according to the national competition website.

Clover Park competed against 11 other colleges and universities from Washington, Oregon and Idaho and won an award for “Best Binary Analysis” while finishing ninth overall. It was CPTC’s fourth year competing in the event, which primarily features four-year schools. The top three teams were University of Washington-Seattle, Western Washington University and UW-Bothell.

“Overall, our students did well,” CPTC CNISS instructor Jay Lanphier said. “They fought hard against a lot of heavy competition this year. We were the only two-year school to not only qualify for the competition but also to place at the event. The students are proud of their accomplishments, and we are now preparing for next year.”

The competition is meant to simulate a worst-case scenario environment for technical security challenges; Lanphier likened it to FEMA coming to a location that has been devastated by an environmental catastrophe. The two full days of competition are just that – beginning in the early morning and running close to 10 hours with students locked in a secure facility battling countless cyber attacks. Scoring is based on students’ detection and response to threats, ability to maintain existing services, respond to business needs and balance security needs.

The student team blended second-quarter students with students in their fifth and sixth quarters in an effort to provide sustainability to the squad year-over-year with student turnover in the program. Taylor McGee was the team captain for the 2018 competition.

“The experience is great, giving us an idea of what’s out there in this industry,” McGee. “At the end of the day, this is the worst-case scenario, and it really opens our eyes to what it might be like working in this field. The first-hand, real-time experience is very beneficial to prepare us for the workplace.”

Following the conclusion of the two competition days, the third day of the event provided opportunities for competitors to interview with sponsors. These sponsors represent some of the top networking and security employers in the area and examine the participants throughout the competition.

CPTC’s eight-person competition team included McGee, Alex Auty, Jacob Bullard, Marcus Hayes, Alex Nisbet, Riley Scott, Nathan Stultz and Derek Van Vuuren. The “Best Binary Analysis” award came as a result of Bullard discovering a malware code embedded in the main page of the power company the team was responsible for. Once Bullard discovered the code, the team worked to eliminate the threat and earned the award. Following some technical issues during the first day of competition that cost the team all of its points, the CPTC group rebounded and scored enough point to rank second on the second day for an overall finishing place of ninth. 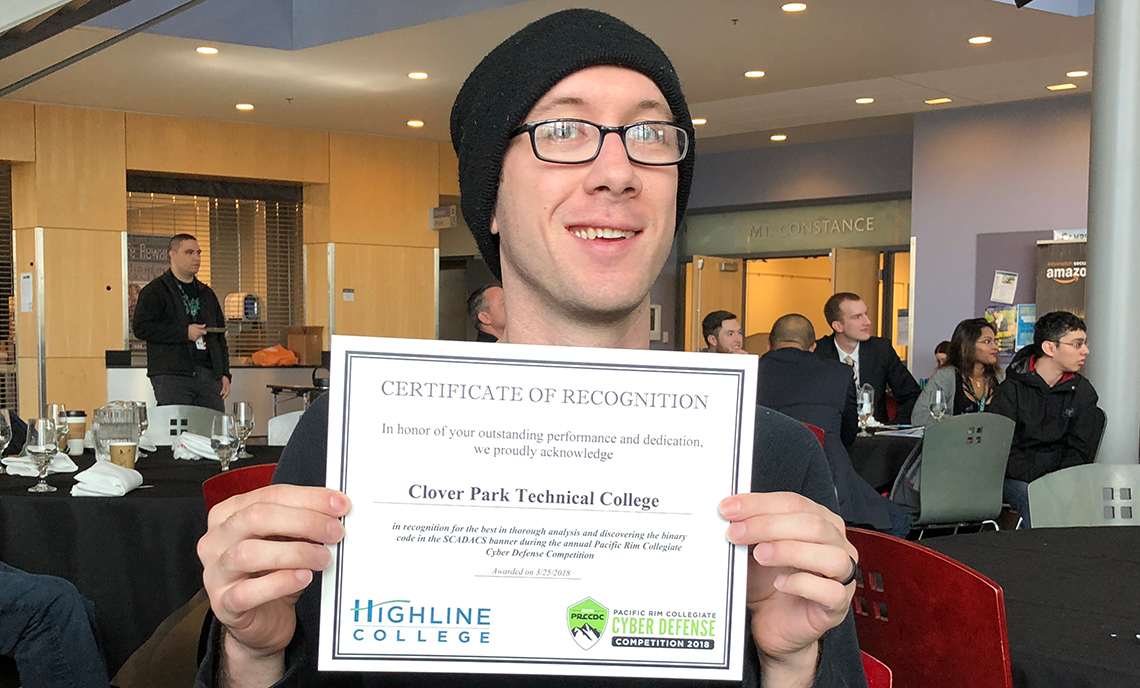 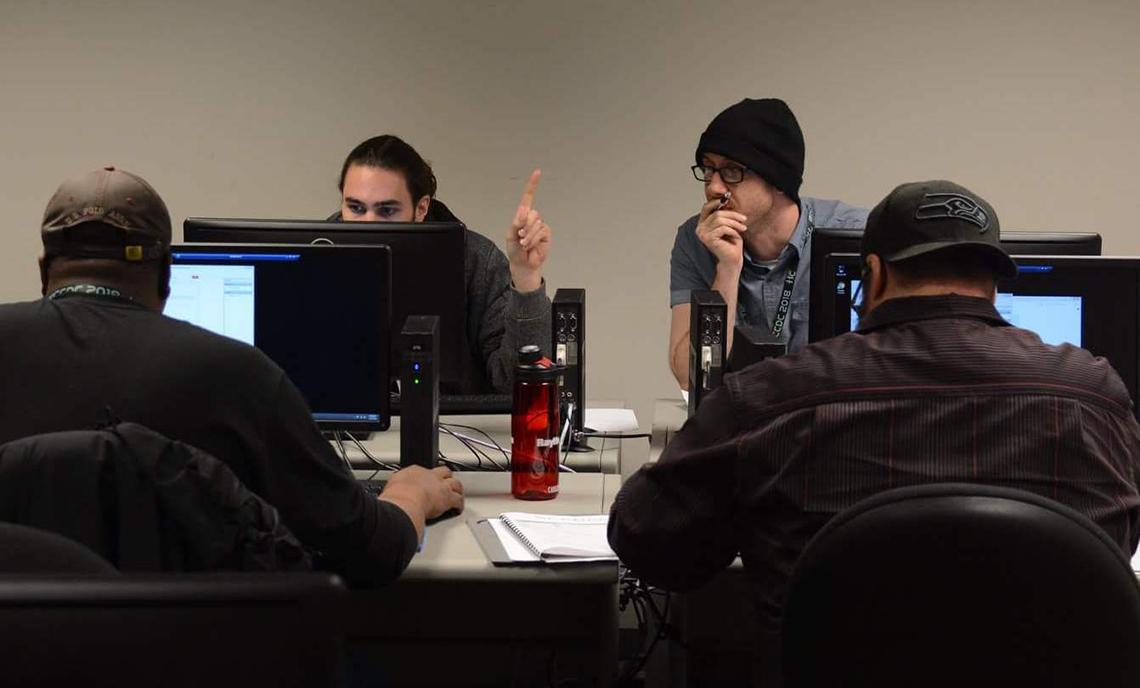