On Sept. 20, Clover Park Technical College hosted the grand opening ceremony for its long-awaited addition to the campus. The John W. Walstrum Center for Advanced Manufacturing Technology building was celebrated by more than 200 people. In attendance were community partners, CPTC staff and faculty as well as John Walstrum’s family. His wife Penny Walstrum and his sons John and Michael came together with their community to celebrate John and the building named in his honor.

With its wide-open spaces, flooded with natural light from the abundant windows, the CAMT building is stunning in its size and modern design aesthetic. Large wooden stair cases lead upstairs where there are classrooms, a student lounge, and study booths tucked into the open loft area. Stunning large formatted art is hung proudly, showcasing feats of modern manufacturing and technology. The banners display where CPTC has been, where it is now, and where the program graduates may end up in each respective industry.

Those who were present, ate refreshments while touring the building. The event was twofold, a celebration of the opening of the campuses newest building and to remember CPTC’s prior president, John W. Walstrum, for which the building was dedicated.

Dr. Joyce Loveday, CPTC’s President spoke to the crowd, “This project took 3 years’ worth of planning and discussing how we envisioned the function of this space. This building is the beautiful result of those efforts.” Joyce continued, “This event today is a celebration of both this beautiful facility as well as honoring a past president, John W. Walstrum and our deep respect for him.”

Bruce Lachney, a CPTC Trustee, spoke of Dr. Walstrum as only a friend could.

“It’s visionaries who helped make this college what it is today, and one of those visionaries was John Walstrum. John saw obstruction as opportunities, it was just the kind of person he was as an innovator.” Lachney said “John was someone we all knew and loved, and he’s someone I hope to emulate. When I think of the students who will move through here, I hope they become more like John, to become visionaries and innovators. ” Lachney concluded.

Andrew Neiditz, Former Lakewood City manager, was also in attendance and spoke to the crowd of Dr. Walstrum’s contribution to his community.

“I feel very honored to have been a friend and a colleague to John. He had a passion for matching opportunities with people who were building their careers and finding their path. To him it was so much more than his career, but his dream that stemmed from his strong sense of community.” Neiditz stated.

Kirk Davis, CAMPS Executive Director was excited to be able to speak to attendees regarding CPTC’s newest addition. “There are a lot of manufacturing jobs here in Pierce County, so this building, and what it represents to our community could not have come at a more appropriate time. Manufacturing has shown to be the backbone of the economy, and we know that the students from these programs will bring the culture of innovation and entrepreneurship that is embedded here at CPTC.”

The CAMT building boasts an impressive 63,000 square feet of top of the line advancements and equipment, and is a testament to the future of CPTC and all that it has accomplished so far.

Dr. Joyce Loveday welcomed attendees to the Grand Opening of the CAMT building. 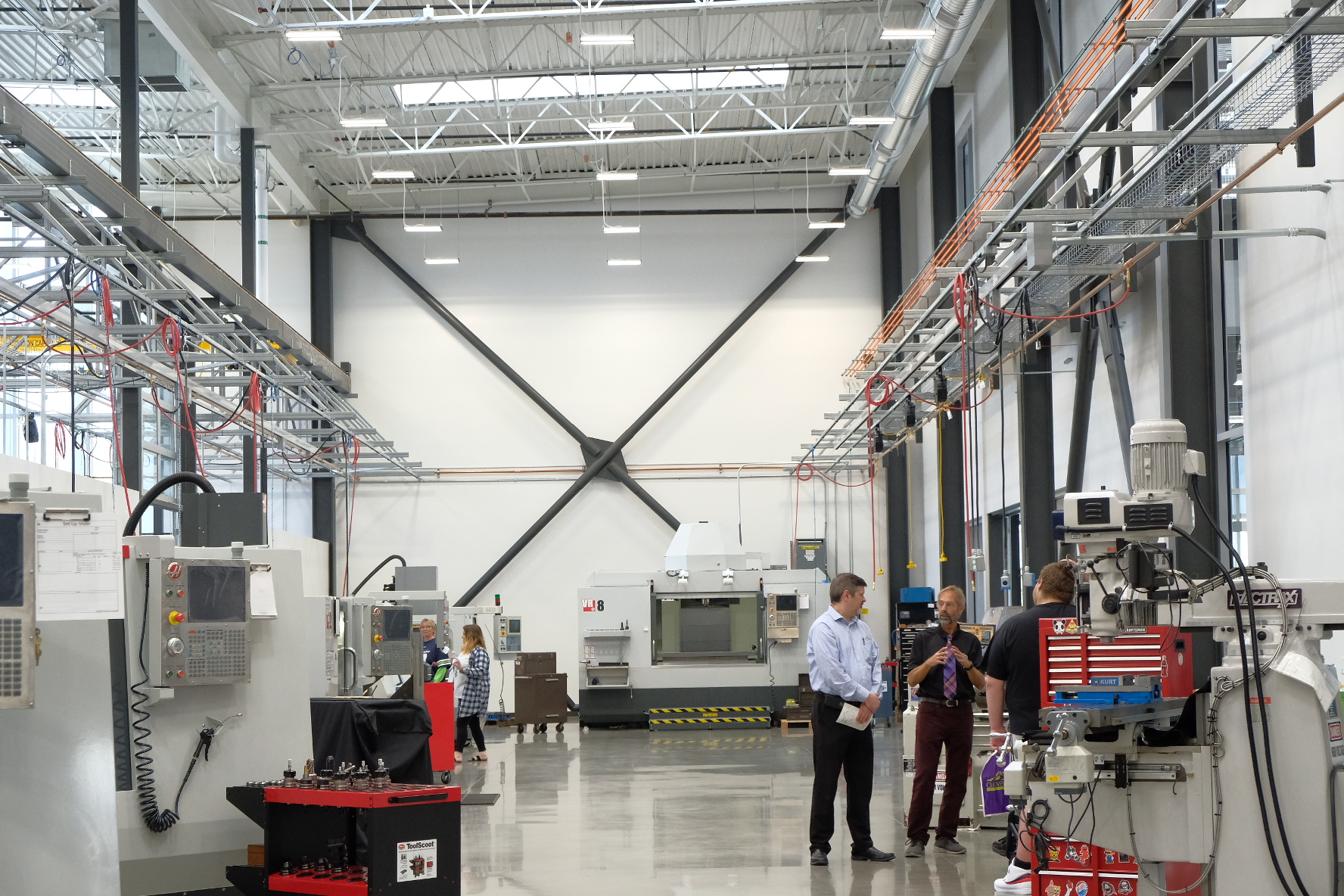