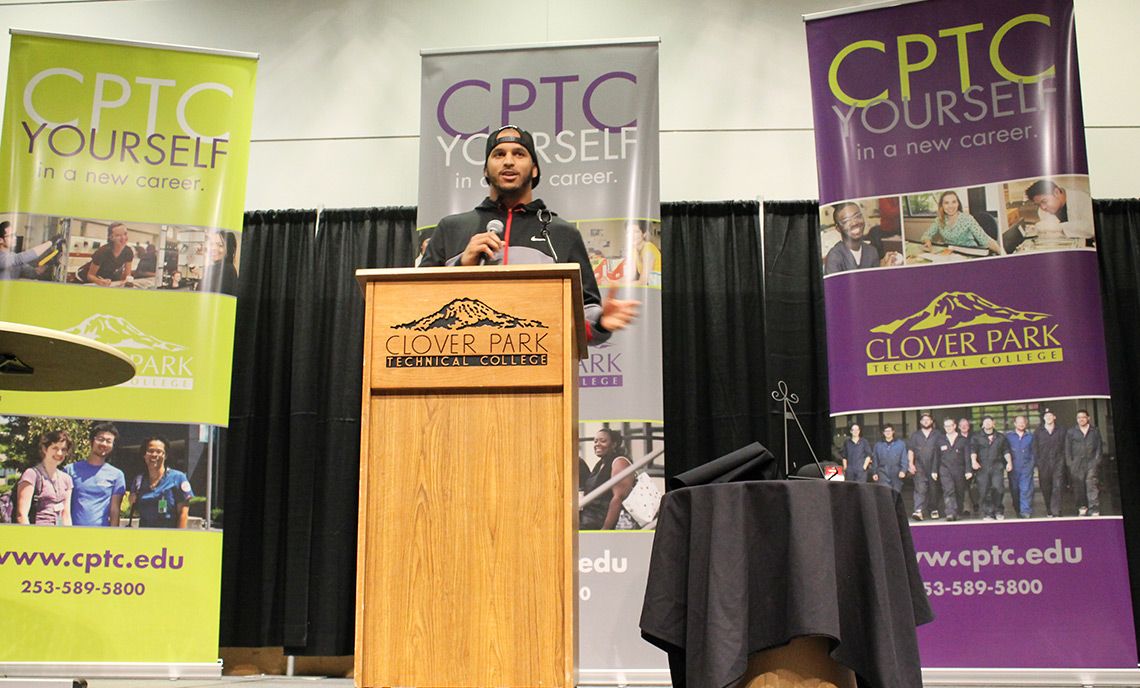 Lakewood native and professional football player Jermaine Kearse spoke to an audience of about 400 people for a special event at the McGavick Event Center on Feb. 16.

“All In: A Champion’s Mindset with Hometown Hero Jermaine Kearse” included a keynote presentation to about 400 people, including local high school students, community dignitaries, and CPTC students, staff and faculty.

“A champion’s mindset is about maximizing your potential,” Kearse said. “It’s a mindset that our organization has instilled in all of our players.”

“Those three things had a huge impact throughout my life,” Kearse said.

The professional football player out of Lakes High School spoke on the importance of goal setting, and how to react when faced with adversity.

“When you set goals you create energy,” he said. “When you have something you want to take steps to, you find energy to do it.”

In the audience were 63 local high school students from Lakes, Clover Park High School and Northwest Career & Technical High School. The students arrived before the keynote to tour the campus and learn about the college’s programs.

Kearse met with CPTC President Dr. Lonnie L. Howard, Lakewood Mayor Don Anderson and CPTC Board of Trustees member Mary Moss when he arrived to campus. Kearse spent time in the Student Leadership & Service Center with a small group of CPTC student leaders and volunteers for a game of ping pong, where he also learned about CPTC and shared information about his Foundation. Kearse also had his photo taken for the SLSC’s “My History is Our History” photo wall.

The atrium of the McGavick Event Center was decorated in posters designed by CPTC’s Graphic Technologies Program. 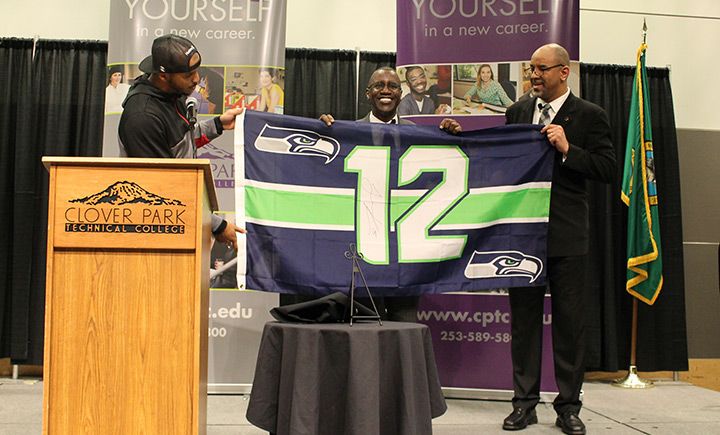 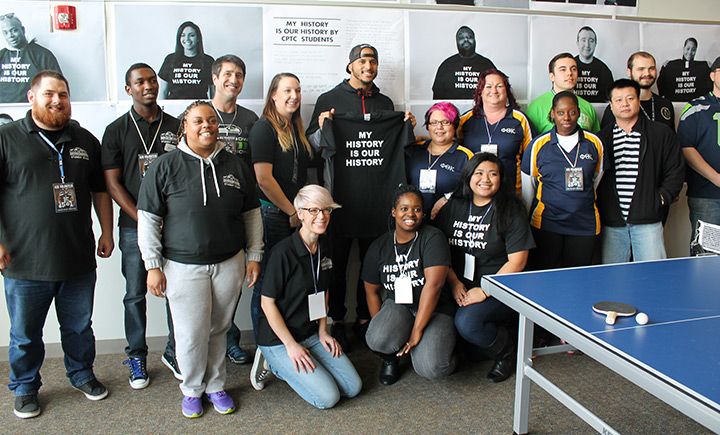 Kearse has his photo taken with students for the SLSC wall.