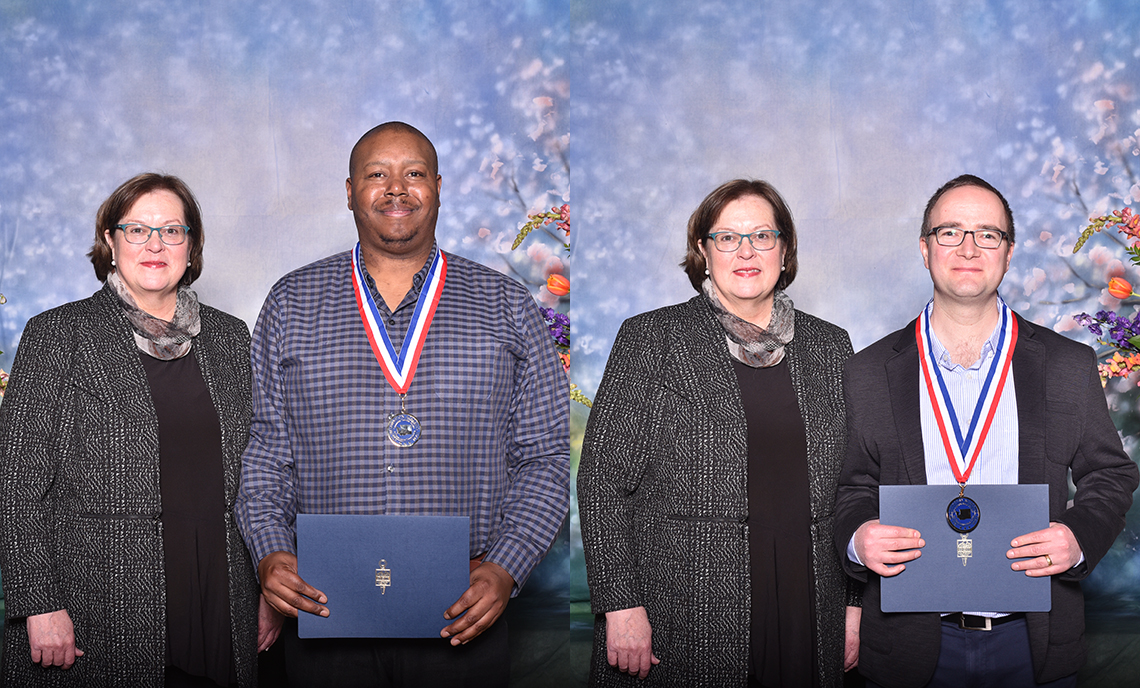 A pair of Clover Park Technical College students were honored as members of the 2019 All-Washington Academic Team Thursday in a lunch ceremony at South Puget Sound Community College in Olympia.

Hayes worked as a bartender for many years before moving to Tacoma to help his sister care for her baby. Before enrolling at CPTC, he was struck with severe health issues that included a week-long coma, extensive physical therapy, and recovery from blood clots throughout his body. He has excelled in CPTC’s Computer Networking & Information Systems Security program, including being selected as a team leader for the competitive Cyber Defense team. After graduating, he plans to pursue a bachelor’s degree concentrating on visual forensics.

Nyland discovered a passion for electronics when he was a child playing on an early personal computer. He spent seven years serving as a missionary in India and Nepal and when he returned home decided to pursue training in software and programming at CPTC, where he made the President’s List four times as a student in the Computer Programming program. He plans to continue his education and pursue a bachelor’s degree, with the hope that he can take the things he learns and help others in the community.

Phi Theta Kappa introduced the All-Washington Academic Team in 1996 to provide scholarships and scholastic recognition. This year marked its 23rd year and featured 59 student honorees from 33 community and technical colleges in Washington. KeyBank serves as a major sponsor of the recognition and awards a $250 scholarship to each member of the team.