by Ryan Reygers
with Meridith Hatch

High school was not really my “thing”, so I did everything I could to get credit for working, both during and after school. With these credits, I graduated early in 1997. Working had helped me develop the solid work ethnic that landed me a great-paying job the day I graduated.

We didn’t talk about college at home. Except for one uncle who had a four-year degree, college wasn’t a priority for my family. To be honest, I was glad to be out of school — I was ready to get started with my “real life”. Money, parties, freedom — what more could a 19-year-old ask for? I hadn’t a care in the world.

A year and a half later, my friends and I took a weekend trip to Wenatchee for the Apple Blossom Festival. While hanging out at the hotel, my best friend was shot and killed. Life as I knew it would never be the same.

The loss of my best friend made me stop and do some serious soul searching. I was making great money and was proud of my work, but I knew there had to be more in store for me. But what?

I quit my job and took the summer to figure my life out and find direction. My uncle Brian Wilmoth— my only relative with a four-year degree — helped me research colleges, and in the fall of 1998, I signed up for the retail program at Clover Park Technical College.

I moved in with my aunt and uncle Katrina and Kevin Smith and started learning the ins and outs of retail management from instructor Mathew Williams.

Mathew was cool for the most part, but you could tell he was focused on success and not interested in the social lives of 20-year-old college students. Having worked in retail management before teaching, Mathew knew we could achieve more than we realized was possible and pushed us to work hard and stop goofing off.

His expectations were clear, and, by not meeting those expectations, I knew I was letting him down and myself down. To this day, I still look up to my first business instructor not only for the guidance he gave me, but for the passion he had for creating success.

I got my first management job shortly after I got my certificate in 1999. I interviewed with Footaction USA and I asked what position they were hiring for and which location I was applying for.

I was confused when they said there were no open positions. “We’re currently fully staffed,” the hiring manager said, “but if Michael Jordan wanted to play on your team, you would find a way to make it happen, right?”

He said he believed in “keeping my bench full” when it comes to managing stores and that interview was the beginning of that process for me. A week or two later, I was hired as an assistant manager.

The store manager was “Bull” Craft, a former drill sergeant who had only been a store manager for a few months and it showed. What Bull said went, and when he wasn’t there I was 100% in charge of the “troops”.

I quickly learned that the ability to anticipate what was about to happen was the key to running this business. Bull always explained the “whys” in everything he taught me — I believe his teachings made me the thorough communicator I am today. 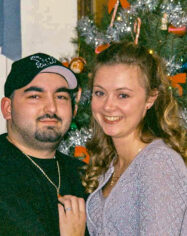 At this point I was engaged, but my fiancé was leaving to go to Eastern Washington University. Not willing to be apart from the best thing in my life, I talked with Finishline, Inc. about job possibilities so I could move with her. They brought me on as the head assistant manager in their brand-new Spokane location.

I had been managing that location for a year with the district manager Alan Schneider called to ask if I was ready to run my very own store. I knew the Finishline in Tacoma wasn’t hiring for management, so I was hesitant, not knowing where he would send me.

At age 23, he offered me the chance of a lifetime, to make my mark in the business in Portland, Oregon, the sneaker capital of the United States!

My first month was hard, and I learned a few difficult lessons as I worked to get my legs under me, but after 60 days, we were rockin’!

I earned kudos from Nike and Adidas executives—however, I also took a few lumps trying to think outside the box.

In the end, my store was used for many marketing projects and was instrumental in teaching me the art of networking.

One day, a well-dressed man named Chris Collins came into the store. He looked around a bit and asked to speak with the manager. I told him I was the manager.

He complimented my store, saying he’d never seen this particular store look this good before. The interview process began right then and there. After a few minutes of asking me questions, he said he was the District Manager for Footaction USA and that I needed to come work for him.

Unaware I’d previously worked for Footaction, I told him he needed help in his Tacoma location, right? Surprised, he asked how I knew.

I explained how I had been in that store a few weeks earlier and neither the salespeople nor management understood the demographic — their approach was all wrong.

My statement may have been bold, but he knew I was right. After dinner that night and long story short, a month later I was working for him.

Life is good! Life is hard.

My time at Footaction was awesome — I literally jumped out of bed on Saturdays for special sales! I took so much pride in the accomplishments of my store and my staff. Our sales were great, profits were up, and I was promoted to district trainer in about a year. Life was good! I had a healthy son, a good relationship and was able to buy my first house. What more could I ask for?

I went to visit Mathew Williams at Clover Park to thank him for all he taught me and to let him know how happy I was in the very field he taught me to be successful in.

Hard times soon hit Footaction and the district manager that hired me soon left the company. The next district manager lived in California, so he relied heavily on me for a lot of things I may or may not have been ready for. His trust in me pushed me to figure it out.

It was about this time that I started viewing myself as a trainer and began to really understand what that meant.