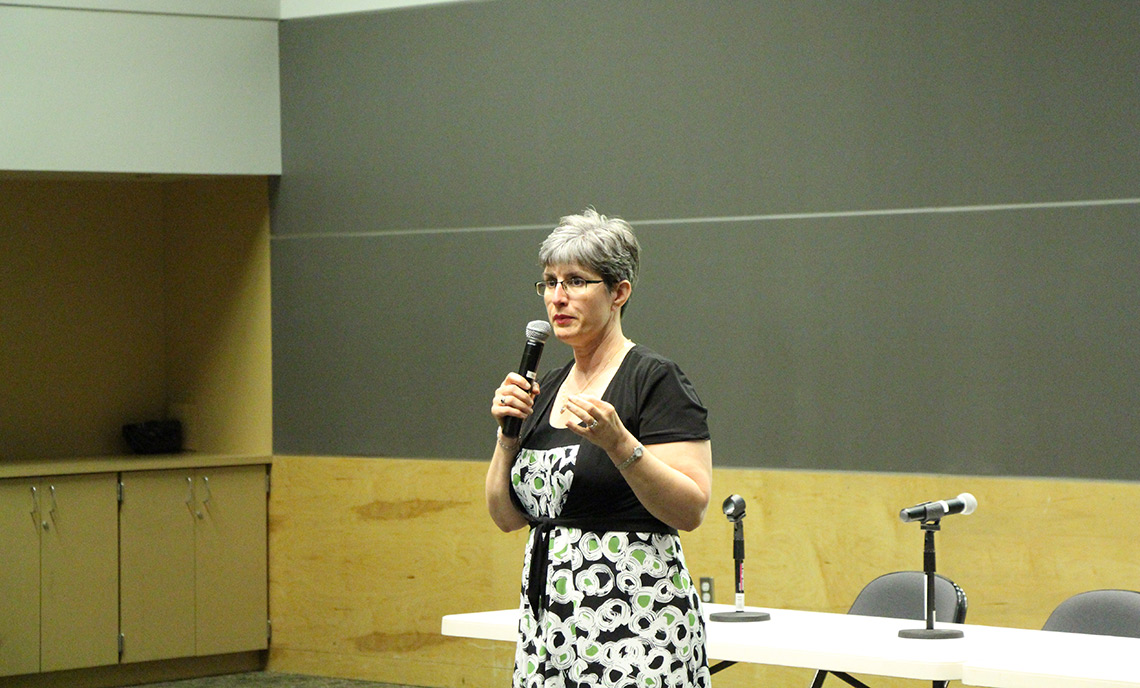 Clover Park Technical College students viewed The New York Times documentary The Men of Atalissa in the McGavick Conference Center June 3 and discussed the film in relation to the rights of people with disabilities. The CPTC Diversity Committee chose the film, and the event was held in partnership with the University of Washington Tacoma Diversity Resource Center.

Director of the UWT Diversity Resource Center Jo Enscoe led the discussion after the film viewing.

The Men of Atalissa describes the struggles resulting from the abuse and neglect of disabled men that were traded from state schools to Henry’s Turkey Service in Atalissa, Iowa. The men lived in an old school house converted into a dormitory with poor living conditions.

A main topic of discussion proposed by Enscoe was the question “Are you your brother’s keeper?"

“It is so relevant because it happens every day,” Enscoe said.

The men working at Henry’s Turkey Service only made about $65 a month for the 30 years they were kept on the land, the equivalent of 44 cents an hour.

Authorities first intervened in 2009 even though the men had lived in Atalissa for decades. No criminal charges have ever been filed against the owners of the plant.

Enscoe said she would like to return to CPTC to host a military/veteran awareness training in partnership with the Diversity Committee.