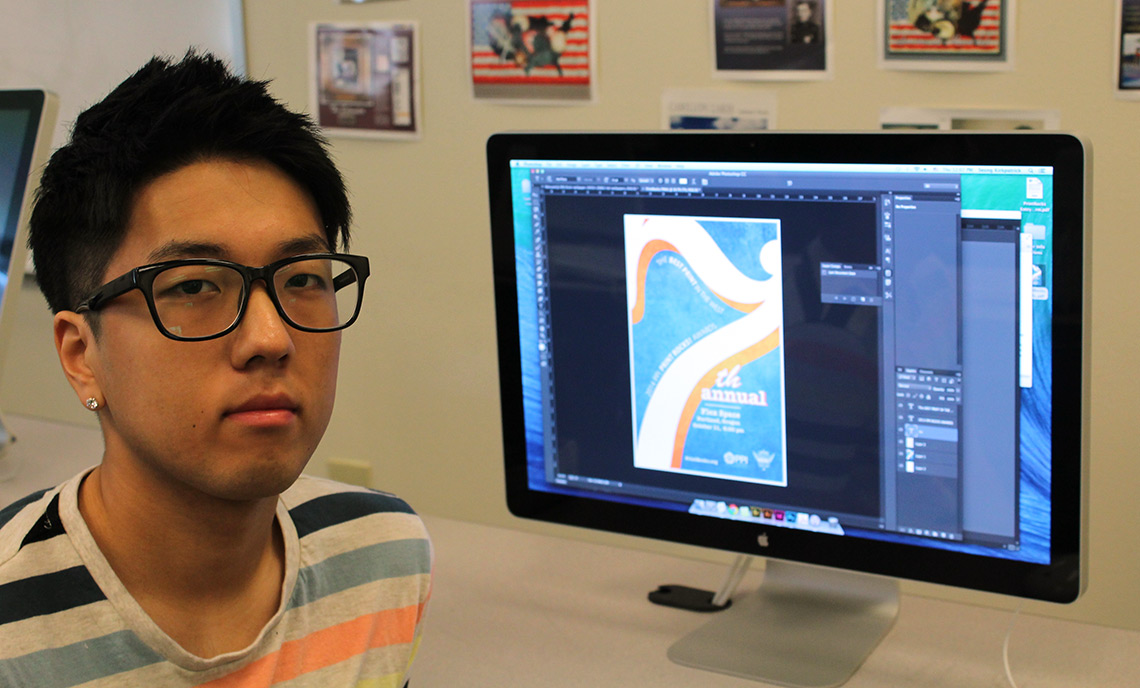 Sean Kirkpatrick poses in front of his poster design that won first place in the 2014 PrintROCKS! Student Designed Poster Contest.

When Sean Kirkpatrick took second place in his first poster design contest, he appreciated the experience but wanted to do better.

The Graphic Technologies student at Clover Park Technical College recently entered his second contest and took first place in the 2014 PrintROCKS! Student Designed Poster Contest. Kirkpatrick will be awarded a $500 scholarship, will be featured on the Pacific Printing Industries Association website and social media, and will be showcased at the PrintROCKS! awards dinner in Portland, Oct. 11.

The contest was to create a poster promoting the 7th Annual PrintROCKS! Awards dinner and was open to all students in print, graphic design and related studies in Oregon, Washington, Idaho, Montana, Alaska and Hawaii.

“I’m proud of it,” Kirkpatrick said. “I will try to find more competitions to enter, because even if I don’t win, it’s good experience.”

Kirkpatrick looked at past poster contest winners, which he said were “calm and formal,” and wanted his design to be “more of a festival,” finding a creative way to use the “7.”

“The lines of seven are interesting to me,” Kirkpatrick said.

Kirkpatrick only spent two hours on his winning design. He created two other posters but decided to submit his initial creation.

Kirkpatrick was born in Korea and moved to the United States when he was a teenager. When he was younger he saw a creative advertisement that became an unforgettable moment for him. He decided then to become a graphic designer.

“Those advertisements I saw were amazing,” Kirkpatrick said. “I want to make that kind of impact on people.”

After he finishes his program, Kirkpatrick hopes to attend art school and have a career as a designer. 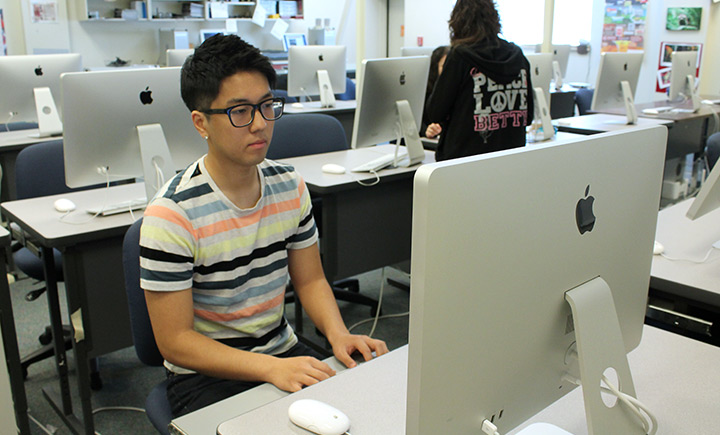 Sean Kirkpatrick works on an assignment during a Graphic Technologies class at CPTC.