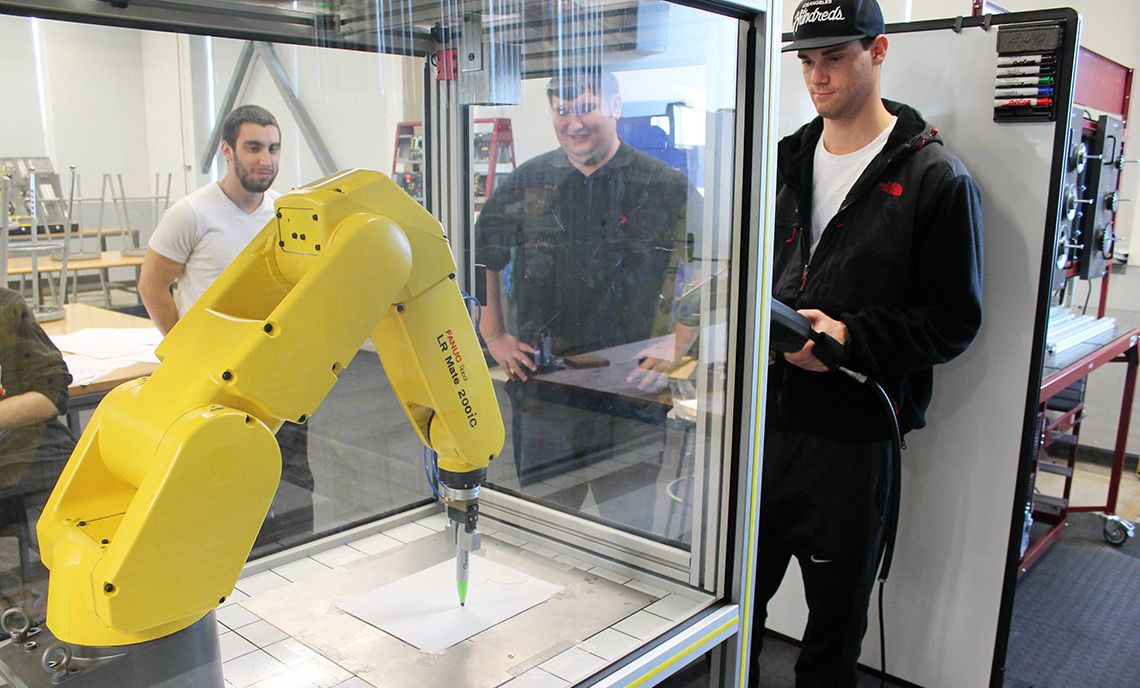 Mechatronics students (from left) Steven Lindberg and Lucas Edlund watch TJ Horsfall as he directs the robot to draw an image.

Loussaint Minett wishes he’d kept the drawing of a square that turned out to look more like a rhombus. The lab technician for the Mechatronics Program at Clover Park Technical College wasn’t looking to keep it for its artistic value, but so he could look back at how far his robotics students have come.

“It’s pretty cool to know that a year ago we didn’t really know anything, but now we’re programming a robot and understanding the physical things going on inside it,” said student Steven Lindberg.

It was Lindberg’s idea to program the robot to draw a monkey with glasses after the students mastered the square and baby-stepped to more advanced projects. Lindberg found a picture on the Internet, sketched it out on paper to scale, drew some points and showed it to the group.

Once the image was programmed, the students placed a marker in the robot’s grip and watched it create their design.

“What we see when we’re telling the robot what to do are a whole bunch of lines of numbers and letters that don’t seem to make sense,” said student Lucas Edlund. “But once we hit the start button and it runs through and we have the picture at the end, we see what it turned into.”

The class has since moved into 3-D drawings, and eventually they’ll be able to direct the robot to put the marker down and pick up another color.

TJ Horsfall’s interest was sparked by the Mechatronics Program because of the amount of hands-on work. When his dad, who works at Boeing, told him the company has been recruiting people with mechatronics degrees, Horsfall enrolled at CPTC when it launched its program.

“I like a lot of the mechanical work,” Horsfall said. “I like to work with my hands more than typing code on a computer.”

For more information about the Mechatronics Program, visit http://www.cptc.edu/programs/mechatronics. 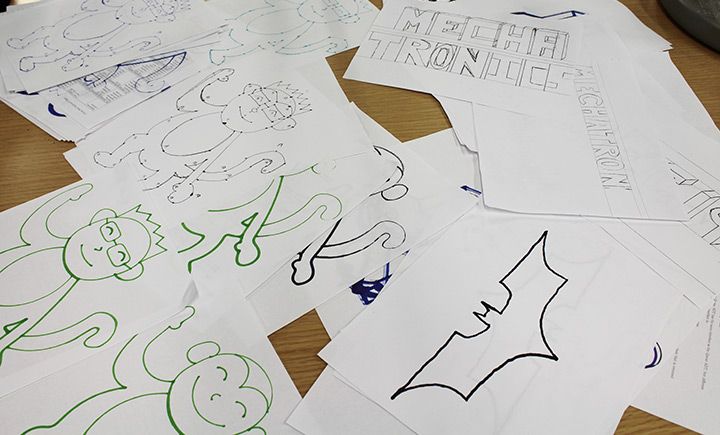 The students have programmed the robot to draw a variety of images.