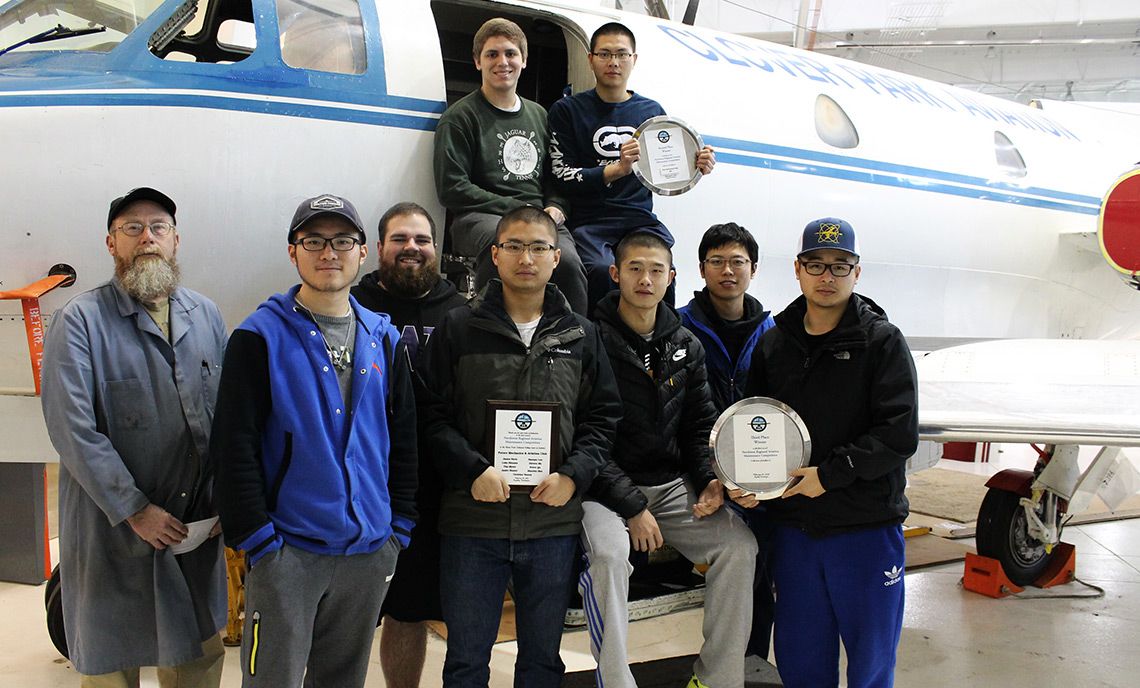 Putting Skills to the Test

The instruction learned over the last six to eight quarters was put to the test for eight Aviation Maintenance Technician students at Clover Park Technical College.

“They had to dig back on stuff they’ve learned along the way,” said Phil Vick, Aviation Maintenance Technician instructor. “It makes you proud that they’re getting the right stuff. They represented Clover Park well.”

Team Two took third place despite having to add two substitutes to the team at the last minute. The team included Tim Myers, Christian Vannoy and international students XuanHao Zhang and Tian Qin.

“Usually when we do projects at school we do it individually, or with two or three guys,” said Lou. “And we have a lot of time so if we do something wrong we can ask our instructor for help to figure it out. But during the competition we have to do it as fast as we can and make sure it’s correct.”

The hands-on competition took place after the teams completed a written exam. Each team brought a task for the competition, and had 20 minutes to complete each task, which included a propeller install, electrical troubleshooting, a flexible hose repair and other maintenance projects.

“It looked like a pit crew,” Vick said. “Everyone had their task and things were flying.”

The two teams spent the previous two weeks preparing for the competition with classmate Andre Hunter, who helped to establish FMAC but was unable to compete due to a military commitment.

The teams received gift cards from the competition’s sponsor that will go to the club, and a few plaques for the trophy case at the South Hill Campus and Aviation Center.

“It was a lot of fun for them,” Vick said. “But they were very tired at the end of the day.”