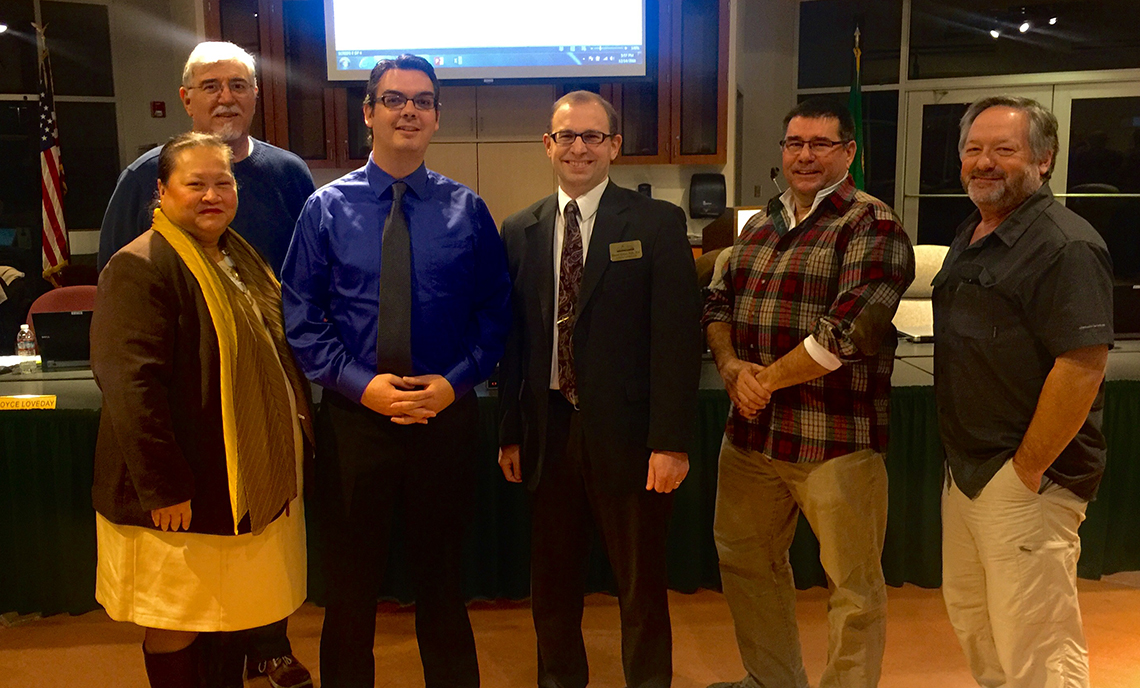 Last week’s Clover Park Technical College Board of Trustees meeting proved to be a special evening for a pair of CPTC faculty members, as the Board awarded tenure to Nursing instructor David Bahrt and Running Start counselor Kevin Kildun.

“It’s a huge honor to have earned tenure at Clover Park Technical College,” Bahrt said. “I learned so much during the process from my tenure committee and from the students with whom I’ve worked over the past three-plus years, and I’ve formed some amazing friendships and peer relationships that have helped me to reach this point in my journey.”

Bahrt earned his Associate in Nursing from South Puget Sound Community College and was a Next Step Scholar student at University of Washington-Tacoma, where he earned his Bachelor of Science in Nursing. After initially planning to pursue medical school, Bahrt instead decided to pursue his Master’s in Nursing with a focus in nursing education at UW-T. He’s worked as a pediatric nurse in Olympia, Tacoma and Provo, Utah, and he continues to work as a per-diem staff RN on the medical/surgical unit at Mary Bridge Children’s Hospital to keep his skills and practical knowledge fresh for students.

Bahrt previously taught at Tacoma Community College and began teaching at CPTC in 2012 in the Licensed Practical Nurse and Registered Nurse programs. He started the first simulation-based clinical rotation in the area and helped form partnerships between the Nursing programs and Hayes Child Development Center, the West Pierce Fire & Rescue Department and other Allied Health programs at CPTC. He also helped lead the RN program’s transition to a new concept-based curriculum.

Kildun earned his Bachelor of Arts in Psychology from Western Washington University and his Master’s in Education from City University with a focus in guidance and counseling. His first academic advising position came at Highline Community College in 2010, working with Pre-Nursing students and assisting with Running Start Orientations. He came to CPTC in 2013 with a desire to work more specifically with Running Start students. He also advises for the Allied Health programs on campus.

“The tenure process was very smooth, and I still can’t get over how quickly three years have gone by,” Kildun said. “It was gratifying to hear from peers and students about my performance, and it just solidified to me that this is the right position and college for me. Achieving tenure is a big step in my career, and I have all my fellow advisors/counselors and supervisors to thank for helping me get there. My efforts towards building our Running Start population have certainly paid off, and I appreciate getting that validation from my tenure committee.”

“I’m so grateful to all the people who helped me through the tenure process, from college administrators to college, division and program faculty to my tenure committees to the students I’ve served over the past years,” Bahrt said. “It’s nice to know that this part of my journey is complete, but also even better to know that another journey has also just begun and that I have gained an amazing support structure to help me as I continue my journey in nursing education.” 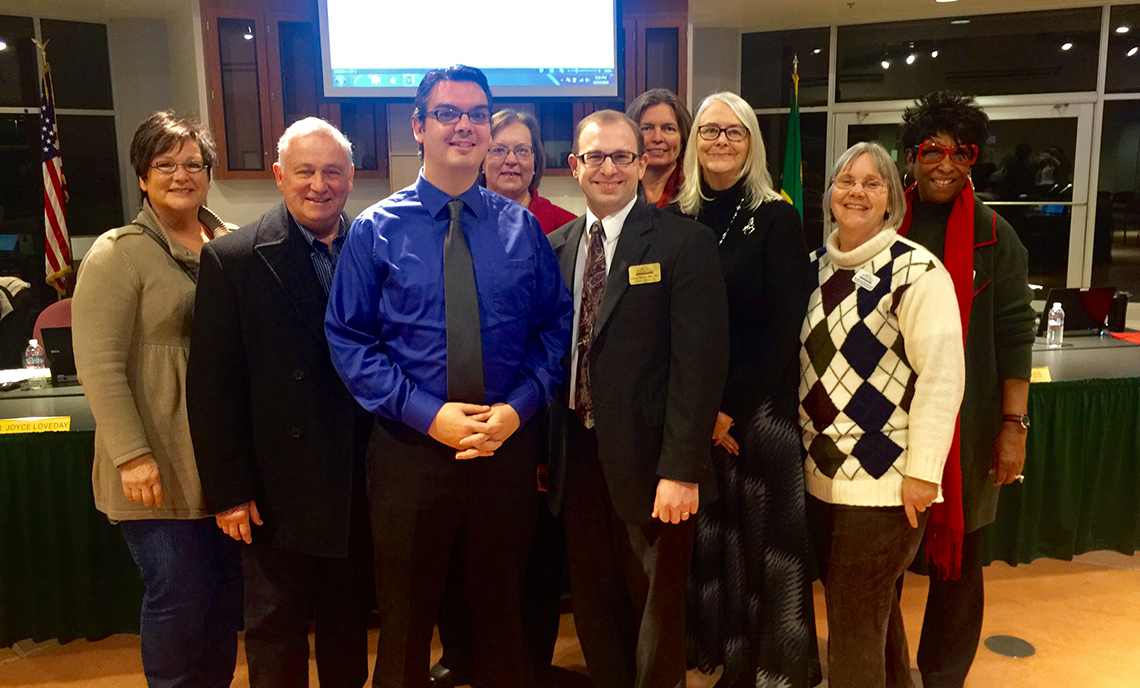