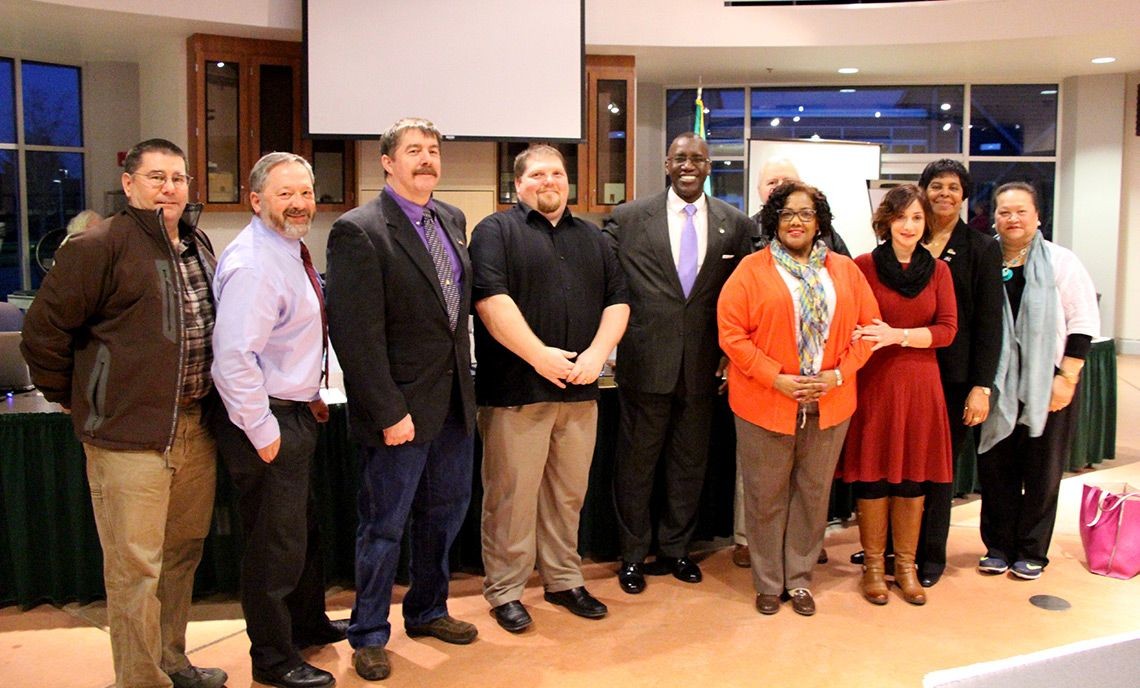 The newly tenured faculty with President Lonnie L. Howard and the Board of Trustees

Congratulations to Our New Tenured Faculty

The instructors completed a three-year process that included significant observation, assessment and feedback. Each instructor was highly recommended by their tenure committee.

Briggs is an instructor in the Health Unit Coordinator Program. She has six years of unit-secretary experience and expertise. Before CPTC, Briggs worked as a Nursing Assistant with the Department of Social & Health Services and COPES Home Care Provider with Catholic Community Services.

Cooper has been an instructor in the Nursing Program since 2009. She earned her master's degree last year and was also the recipient of the 2014 Puget Sound Energy Distinguished Faculty Award. Prior to CPTC, Cooper was a staff nurse and instructor.

Randall has been an instructor in the Computer Networking & Information Systems Security Program since 2004, and is also a graduate of CPTC.