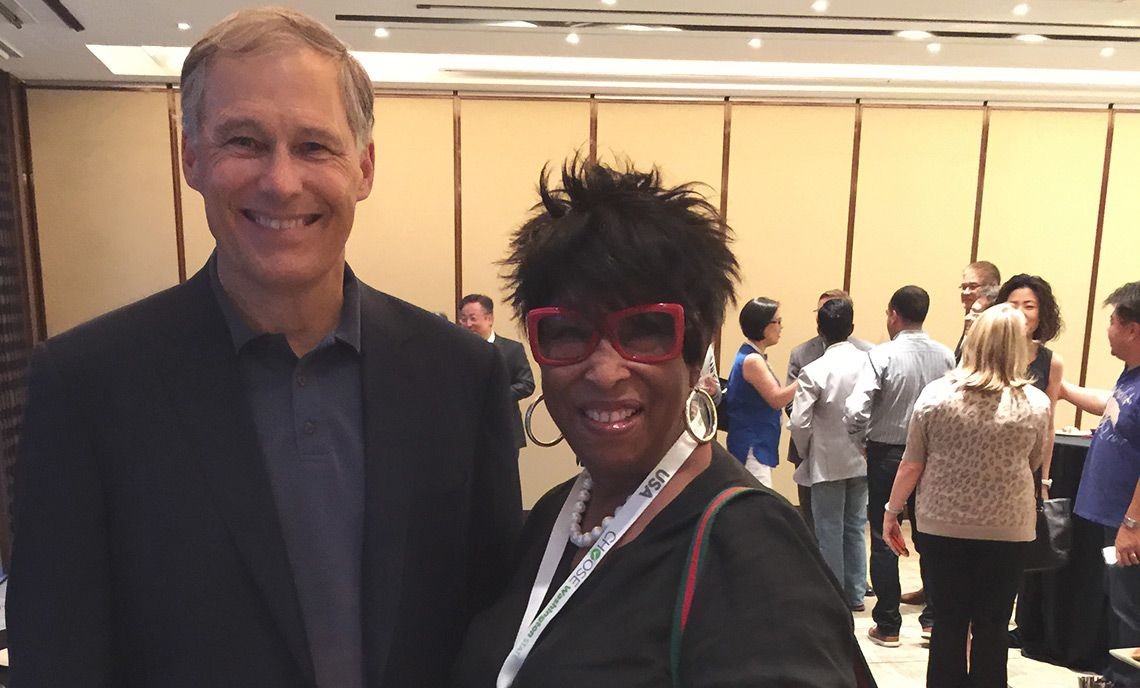 Gov. Jay Inslee and CPTC Special Assistant to the President and to the Vice President for Student Learning Mabel Edmonds attend the welcome reception for the delegation in Seoul, Korea.

Mabel Edmonds, special assistant to the president and to the vice president for student learning at Clover Park Technical College, was one of more than 60 delegates who last week joined a trade mission to Japan and Korea with Washington Gov. Jay Inslee.

Edmonds represented the state’s two-year college system on the mission because the trip emphasized ways to strengthen the aerospace and advanced manufacturing industry on both sides of the Pacific Ocean.

“This trade mission was aligned with our college's focus on this industry and on the various partnerships that we have which ensure the college is responsive to the needs of employers in this sector,” Edmonds said.

As a delegate, Edmonds met with business and government leaders to promote trade and collaboration. The trip was Edmonds’ first opportunity to join the governor on a trade mission; however she has previously attended two Paris Air Show delegations, where she made international industry contacts and promoted CPTC's role in educating professional pilots, aviation technicians and manufacturing employees.

“The trip to Asia was a wonderful learning experience and opportunity to see new technologies and make connections with the delegates, as well as international contacts,” Edmonds said.

A daily recap of Edmonds’ trip to Asia: 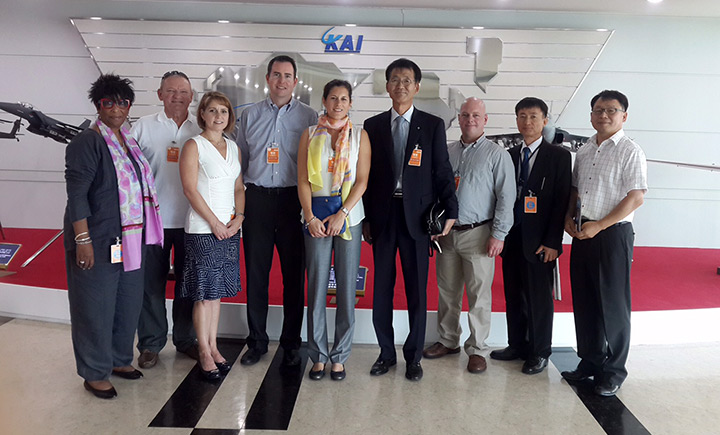