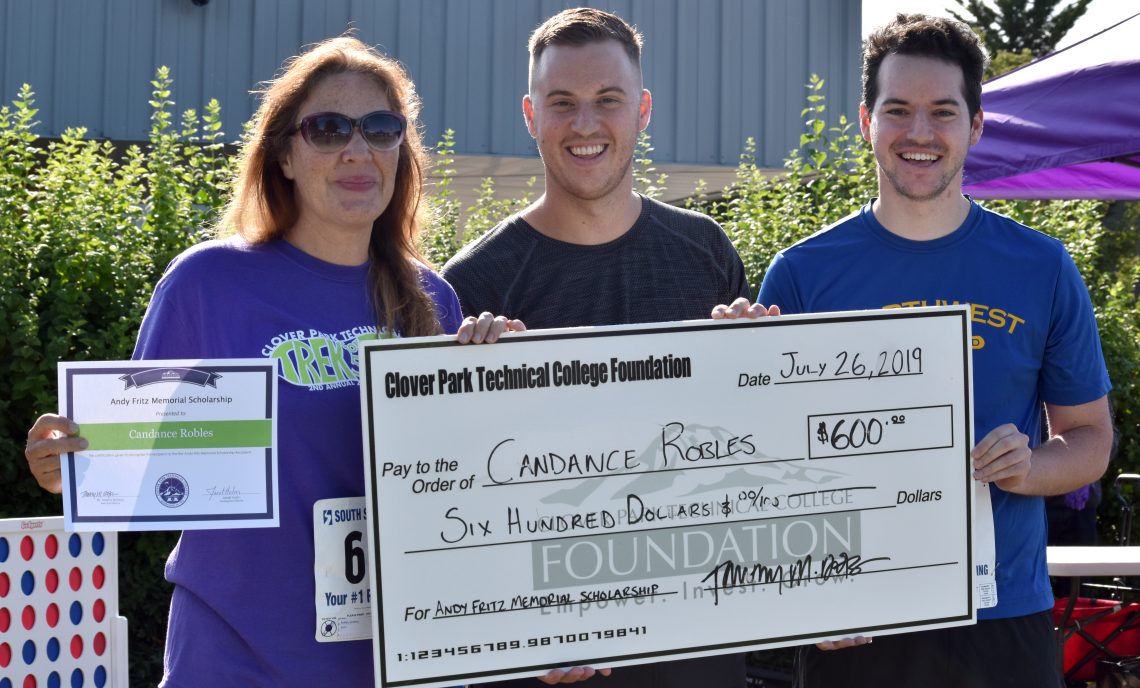 It was a bittersweet event that brought together over 260 runners, 70 of which were CPTC students, who all participated in the Second Annual Andy Fritz Memorial Trek for Tech 5k Race July 28 at Clover Park Technical College’s Lakewood Campus. It was the perfect way to continue honoring a long-time Clover Park Technical College faculty member, Andy Fritz the previous instructor for the Environmental Sciences & Technology program.

Andy Fritz was a devoted runner who had participated in more than 160 marathons and ultramarathons, with the impressive amount of 431 total races under his belt. His passion for running and his love for the environment were well known to all who knew him. The 5k was an event that Andy Fritz himself had participated in planning before he and his wife Jody passed away unexpectedly in a bus accident in December of 2017. After the tragic loss, the campus community rallied together to name the race in his honor.

With an event this size it takes a great deal of time and attention to detail to organize, but the team responsible made it look easy. Janet Holm, the Foundation’s development director, worked tirelessly alongside Trek for Tech’s planning committee which included Jessica Carey, Ken Dam, Wendy Noffke, Melissa Siedlicki, Karlee Sorensen, Jessica Wallack, Bill Herzog, Tawny Dotson, and Rae Baghirov. It was their goal to ensure the event honored Andy’s memory.

Andy’s sons Jared and Caleb, who had flown from Georgia, participated in this year’s event. When reflecting on the race, Jared said, “It’s amazing to see how much this race has grown since just last year. We hope to see this continue to grow in the years to come.”

In last year’s event the college dedicated a Garry Oak tree in Andy’s honor, a protected tree native to the area. This year however, the Foundation used proceeds to support the very first Andy Fritz Scholarship. This scholarship was granted to Candance Robles, a pre-nursing student at Clover Park, who is motivated to complete her Associates and to make a difference in the medical field. With this scholarship she will be one step closer to her goals.

Runners were also able to walk away with something of their own. Participants received a myriad of goodies thanks to generous sponsors including the college’s own Foundation, South Sound Running, Molina Health Care, Club Oly Road Runners, Office Depot Office Max, Black Bear Diner, Super Supplements, Chick-fil-A, among other community supporters. At the end of the race each of the runners were awarded medals which were created by the CPTC’s Manufacturing Program students, who were supervised by the program’s instructor, Ken Dam.

This year’s race pulled in an impressive $10,622, which will support future needs for students, such as emergency assistance, scholarships, and vital supports to Clover Park Technical College. 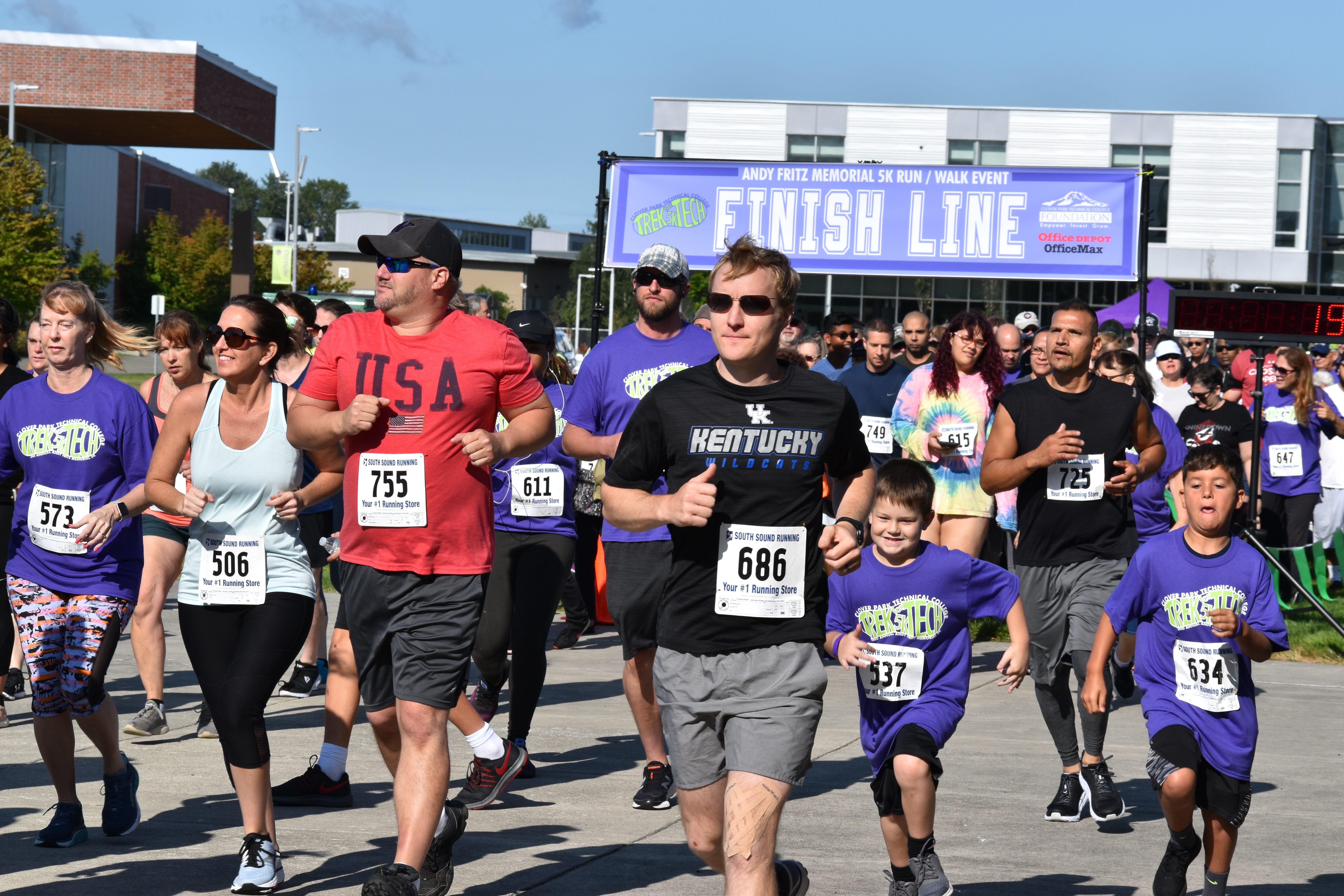 Runners of all ages begin the 5k 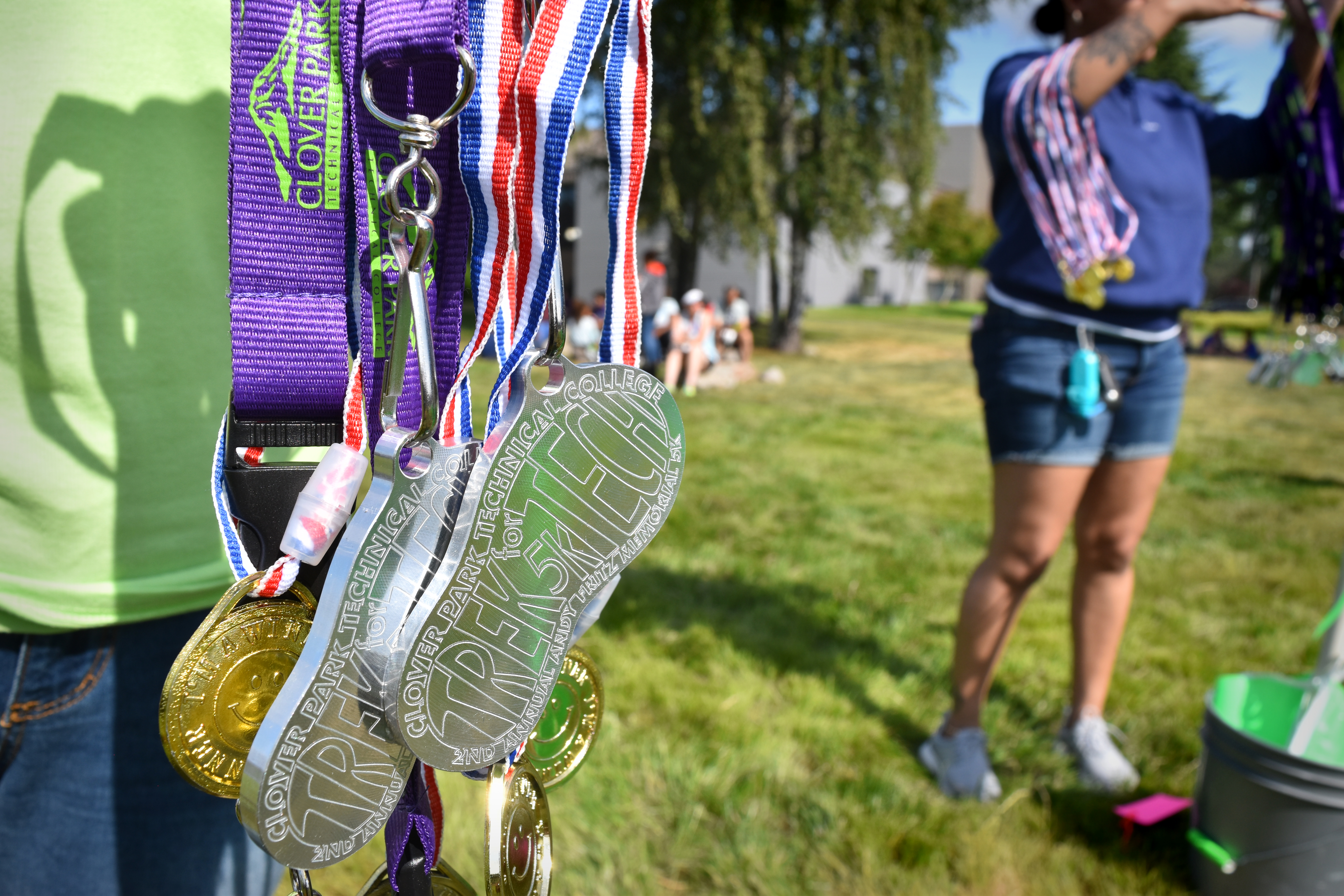 Close-up of the Trek for Tech medals created by CPTC’s Manufacturing Technology students.