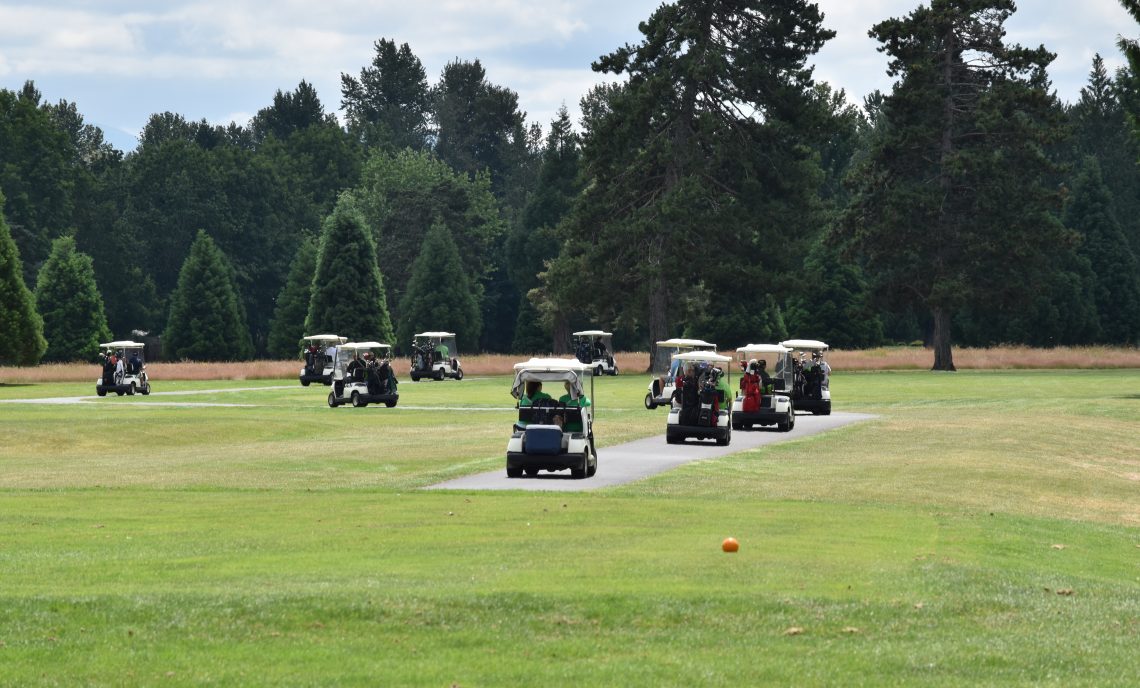 Golfers set course in a sea of golf carts.

Always one to find exciting ways to engage the community, the Clover Park Technical College Foundation is making fundraising fun while raising vital resources needed to support the college and its students. Most recently was the Scramble Fore Students Golf Tournament held at the High Cedars Golf Course in Orting Washington on July 13, 2019.

On a beautiful July afternoon, 60 golfers enjoyed 18 holes and a delicious dinner in the shadow of Mount Rainier. For these golfers, it wasn’t just about having fun, it was also about supporting the community.

“The proceeds raised through this event today go toward scholarships, and make a difference in the persistence and retention of students of Clover Park Technical College,” stated Clover Park’s President, Dr. Joyce Loveday, when speaking on how these funds will impact student lives.

What many may see as a delightful day to enjoy the scenery and sink a few balls, the real reason for the occasion was much more altruistic. Scramble Fore Students had a goal to help raise funds that will ultimately serve Clover Park in providing scholarships, emergency assistance and other critical supports that are integral to diminishing barriers for Clover Park Technical College’s students.

Joe Lydic, who is not only a Member of the Board of Foundation, but also a Clover Park alumni, had the vision to bring the tournament back. Lydic is modest when discussing his part in bringing back the event and is quick to give praise to the Foundation for their large role in planning and putting on the tournament.

“The real credit goes to the ladies in the Foundation who did a fantastic job gathering prizes, donations, organizing, and establishing the website. Not to mention all of the volunteers. I’m just the guy who sat around the table asking ‘why aren’t we doing this?’ The foundation has been the real backbone, and I hope after this year it will continue on.”

Dr. Tawny Dotson, executive director of the Foundation had her hands full when developing such a large event but credits the work to her Foundation Staff and a small planning committee consisting of Foundation Board Members Joe Lydic and Danielle Perkins, and Vicky Tetzlaff who served as a short-term contract employee for the tournament.

“It was a small team putting on a big event, but we are successful fundraisers and it showed at the tournament.” Said Dotson.

Working as a team the Foundation received assistance from 20 generous volunteers who supported the day’s event by providing one-on-one attention to the participants and helping out on the green.

“Only 5 of those volunteers were employees of Clover Park - showing a community commitment to supporting our work!” Dotson said when speaking on the volunteers.

One such volunteer, Mary Nolen, a recent graduate of Clover Park, spent her Saturday setting up and assisting any way she could.

“It’s a great way to meet new people and help students at Clover Park. Who wouldn’t enjoy spending the day outside?” said Nolen, “I will definitely volunteer next year. It’s been a lot of fun.”

“This year was about bringing the golf tournament back to CPTC Foundation's fundraising events and our goal was to have a successful, profitable tournament to make more student scholarships, emergency assistance, and program support possible,” said Dr. Dotson.

“We succeeded not only in ensuring we have additional funds to support students next year, but also in expanding community awareness of CPTC and the donor base for the Foundation,” Dr. Dotson continued. “Our golfers were 95% members of the community and local businesses. Many were new to CPTC's fundraising events and had opportunities to connect with CPTC's mission through this important opportunity. Connections were also made with prior alumni who came back to support the College.”

At the end of the event, the Foundation was able to raise an impressive amount of over $20,000 that will greatly benefit students and Clover Park in the year to come. 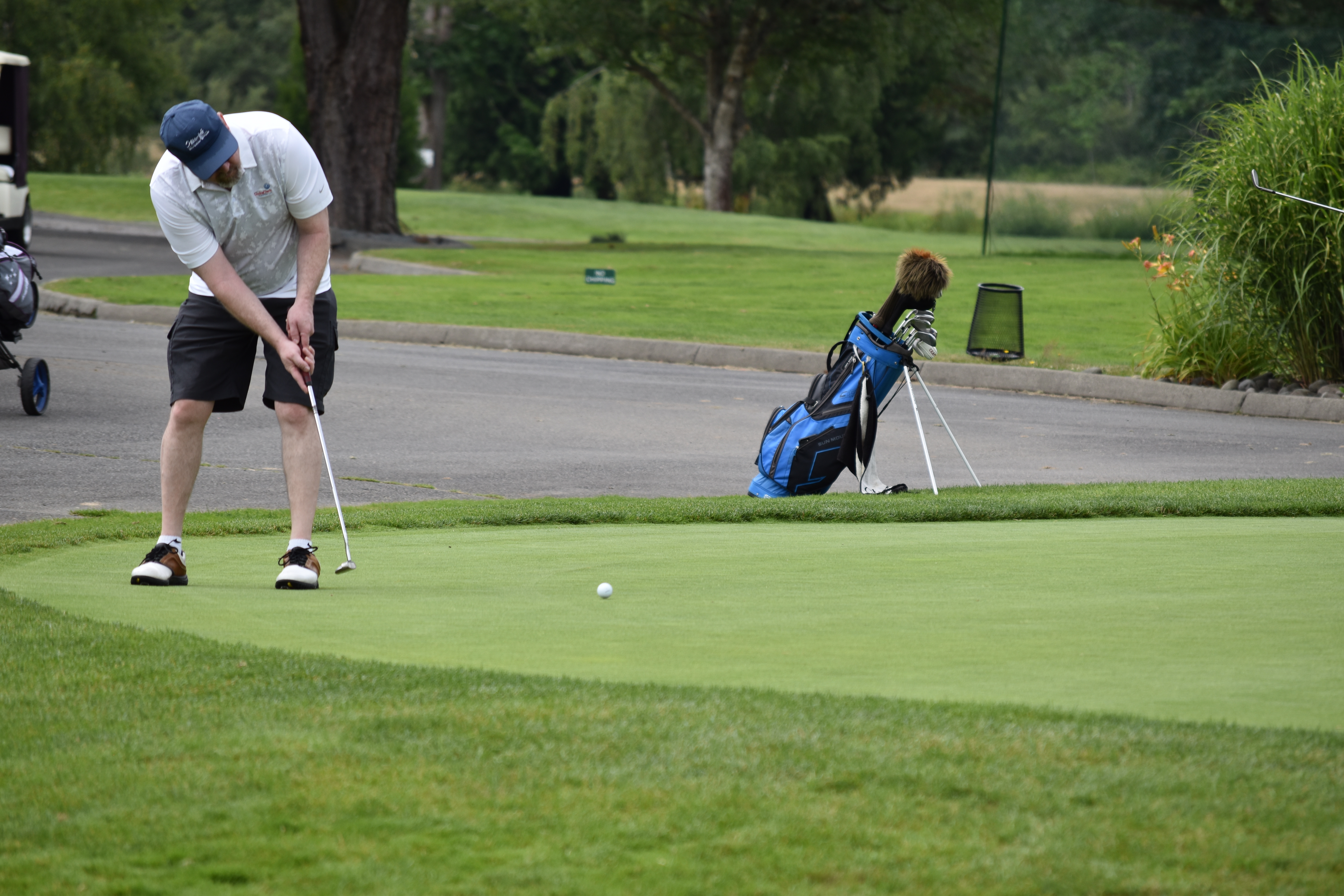 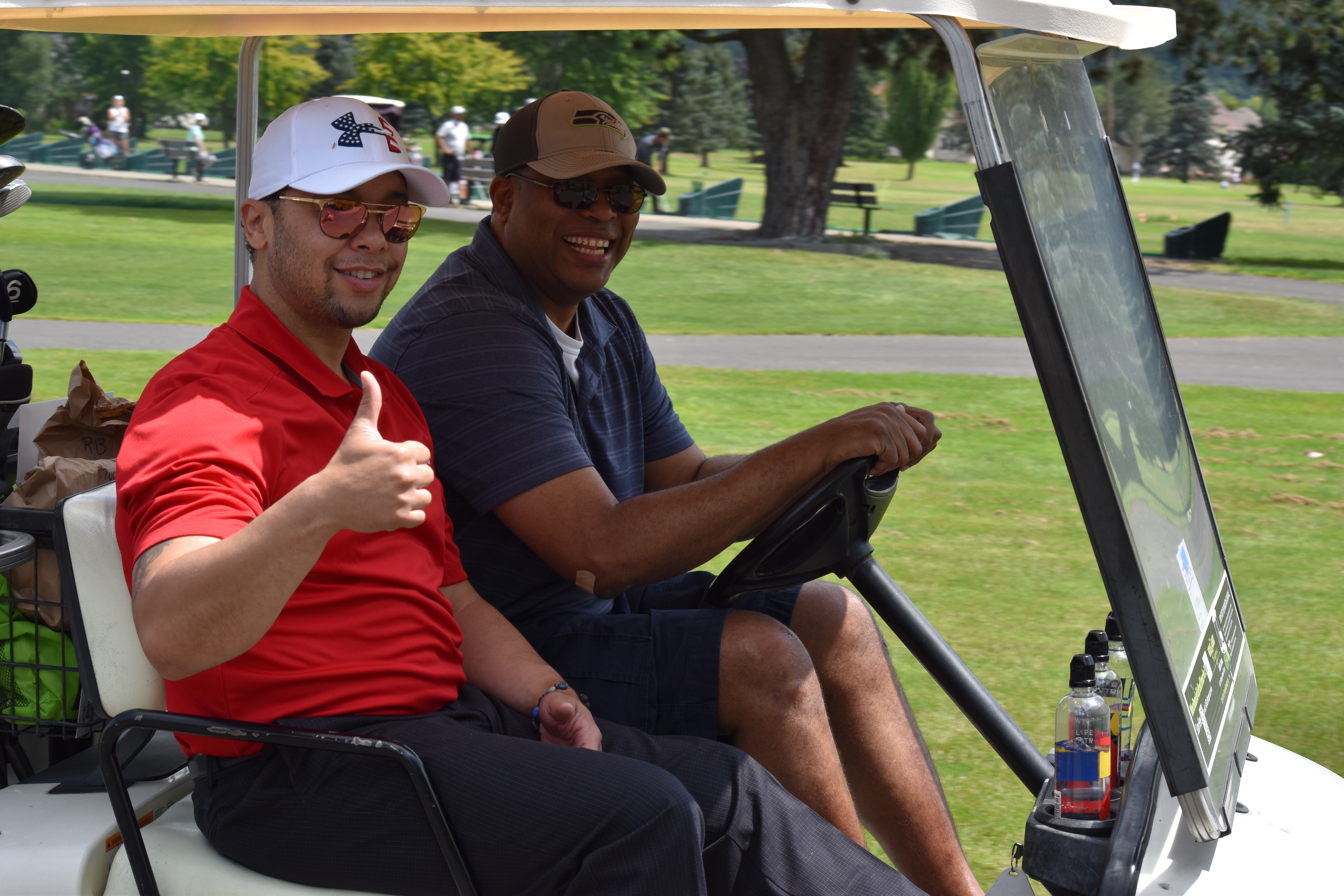