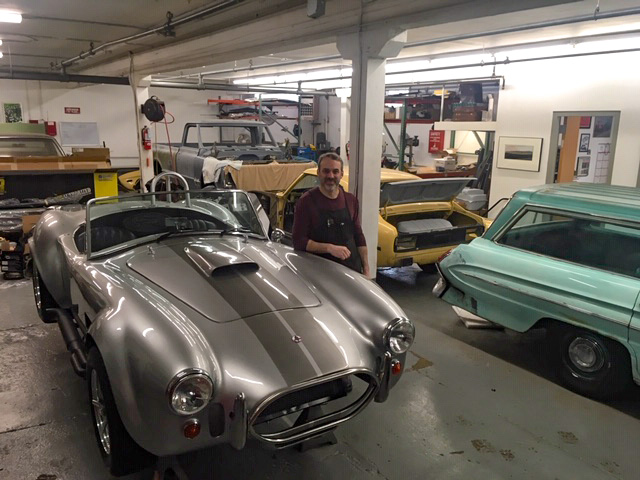 Rule Garage is a father and son business run by Andy (shown) and Tyler Osborn.

On the starting line

When Andy Osborn was in high school thinking of his future career, he wasn’t sure what direction his life would take. He knew for certain he liked to work with his hands, so when given the opportunity to complete courses in automotive technology part-time while finishing high school, he took it.

Osborn signed up and started learning the ins and outs of the automotive industry at Clover Park Technical College (CPTC) for the first time in the 1980s--little did he know that the decision would set him on a lifelong track of working with cars and electronics.

Early on, Osborn realized that CPTC training was a good fit for his educational needs--he recognized CPTC was staging him for career success. He appreciated not only his instructor's expansive automotive knowledge and their emphasis on details, but also their support of his career development.

“As I was getting close to graduating and thinking about a career in auto, an instructor took me to a Chevy dealership in Olympia he was familiar with and introduced me to everyone,” Osborn recalled.

After high school, Osborn returned to CPTC to complete an apprenticeship program. He wanted to see where the automotive industry would take him and planned on later working towards his journeyman card.

Getting a rolling start

In 1984 he started working for the University Place School District, taking care of the of the buses, deciding to get hands-on experience working while completing the training for his journeyman card.

A few years later he saw a newspaper ad for a job at a hot rod shop. He decided to go for the position even though it was something he'd never done before.

He got the job and continued developing his skills in custom car work until a new role caught his eye--a position with the Washington State Department of Natural Resources building fire trucks.

Working with fire trucks made Osborn realize the value of understanding electronics. He knew just where to go to further his education in this ever-changing field of electronics--Clover Park. Osborn's continued training at CPTC led him into his current role as a communications systems manager.

That early job in that hot rod that shop sparked a life-long love of working on custom cars--now Osborn owns and operates Rule Garage with his son.

Osborn's education at CPTC continues to have a positive impact on his life and he’s proud to work with his son and pass along his knowledge to a new generation.

“It continues to be challenging. Every new project that comes in the door has different issues,” Osborn said. “At the end of the day, I’m still learning and excited to see what comes through the door.” 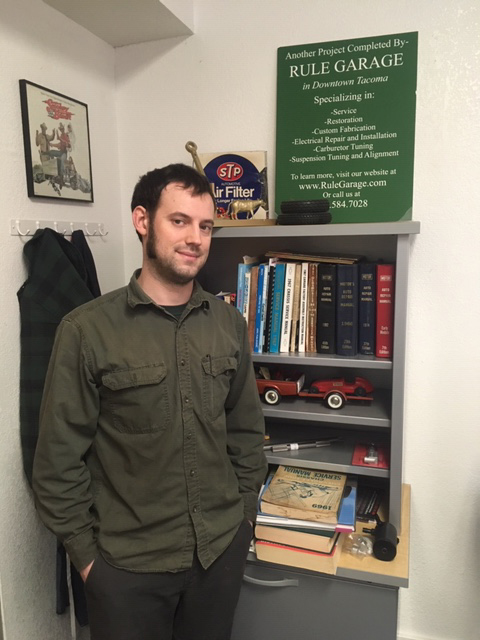