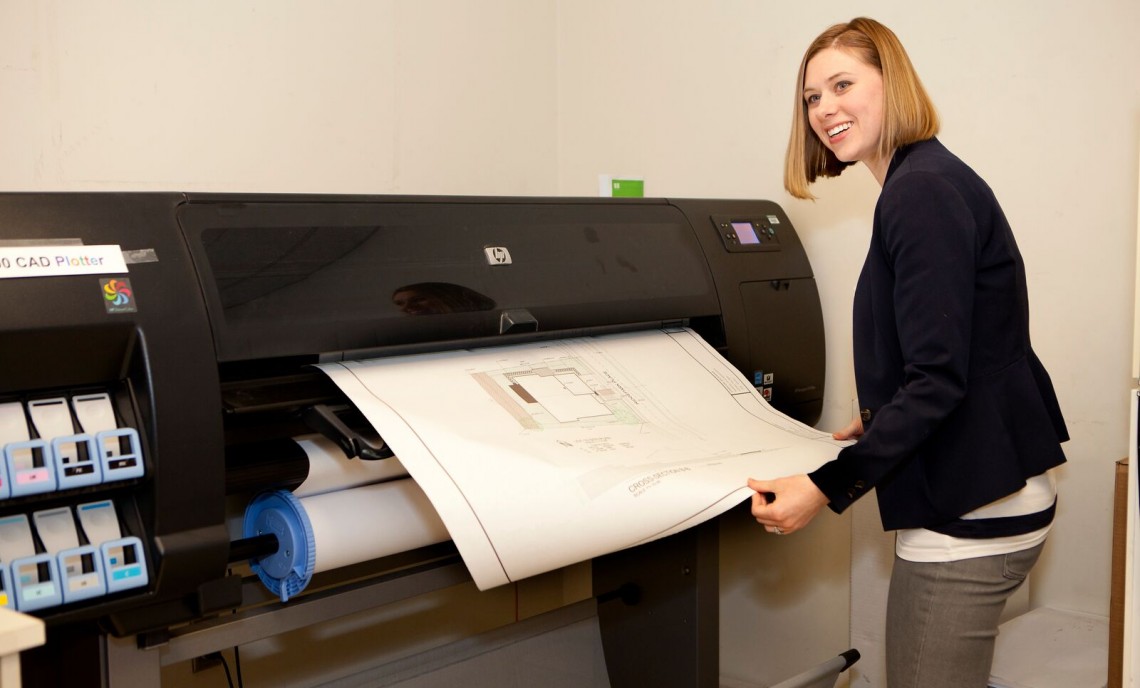 When Katie Stock graduated from Clover Park Technical College in June, she left with more than just a degree in Architectural Engineering Design. She also left with a job secured at an engineering firm in downtown Tacoma.

“I had a lot of support from my teachers who came from the industry,” said Stock, who credits CPTC instructors with helping her land a position at Enginuity Systems before she had finished her program.

Stock’s instructors recommended her for an interview at Enginuity after the company reached out looking for new hires. She was placed in a design support role with the firm, and still received support from her instructors after she earned her degree.

“They were able to check in with me a lot on how things were going and gave me really good advice,” Stock said.

Stock has already moved up into a marketing position, where she does "a little of everything" for the company.

Stock's journey into Architectural Engineering Design started five years after she graduated from college with a traditional bachelor’s degree.

“Coming from a university background I was really blown away by how career-focused Clover Park was and how supportive the faculty members were,” Stock said.

That was good, she said, considering that she was laser-focused on making a career change. She wanted to break into the growing field of architectural engineering design.

“I know quite a few other agencies that are looking for new employees pretty consistently,” Stock said.

Now the CPTC alumna is excited about the future and said she plans to continue learning and growing in her new field.

“I want to keep myself really submerged in the design community, which is a pretty strong network in Tacoma,” Stock said.

Her advice for future grads is to be open to networking opportunities and chances to meet new people. She credits the networking efforts of her instructors with opening the doors to employers in the area. That is how she was able to share her skills and, ultimately, find rewarding work.

“They really went above and beyond to set me up to succeed, in a way that I hadn't expected,” Stock said.