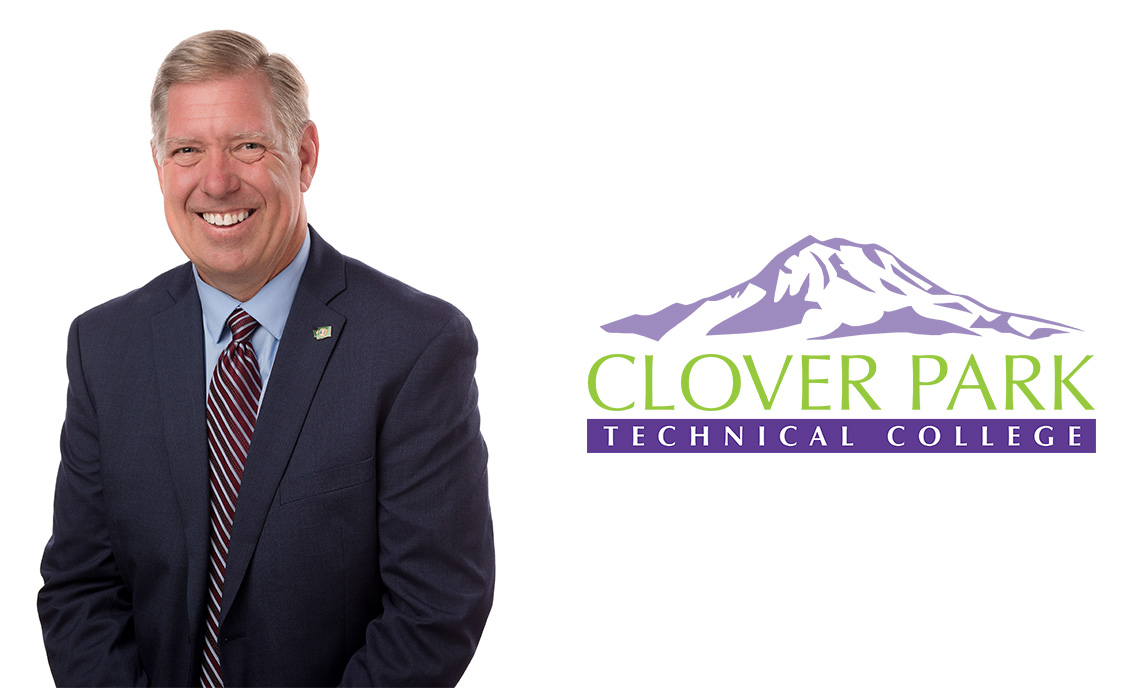 It’s been more than 40 years, but Pierce County Councilmember Dave Morell still credits Clover Park Technical College with teaching him the key lessons that have guided his life and many careers since. He’s used those lessons to provide an impact to Pierce County both in politics and private life that warranted selection as the college’s 2019 Distinguished Alumni Award recipient.

“Everything we were taught in auto mechanics was how to deal with an issue and problem-solve,” Morell said. “Back in those days, computers were just coming online so we didn’t have all the diagnostic equipment that tells you everything that’s wrong with it. We had to figure it out. That’s what I took away from the program: the ability to problem-solve, analyze and understand how things work, and fix them.”

The Distinguished Alumni Award is the highest honor CPTC bestows upon a graduate and is in recognition of a particular achievement of noteworthy value, a series of such achievements, or a career of noteworthy accomplishments. A previous State Representative for the 25th Legislative District and Fire Commissioner, Morell returned to politics this year following about a decade-long hiatus when he was elected to the Pierce County Council as District 1 Representative.

“I’m here not just as a placeholder; I’m here to make a difference and impact people’s lives in a positive way and see Pierce County become a more vibrant community,” Morell said. “We’re all in the customer service business, and if we cannot deliver a good product, even as government, then we have to question why we’re doing what we’re doing.”

Morell’s analytical mindset grew from his time at Clover Park – then Clover Park Vocational Technical Institute – in the mid-1970s. He joined what is now the Automotive Technician program part-time as a junior in high school and attended full-time as a senior. He had always been a hands-on learner and loved hot rods, so he jumped right into the opportunity to attend Clover Park. As instructors created challenging situations with vehicles that required analysis and problem-solving, Morell developed a habit of detail.

“That helped me immensely – learning that capability and taking a 17-year-old kid and harnessing that and getting to understand how to make things fit together and fix issues,” Morell said. “Everything in life, I end up always going back and thinking it through, not jumping to conclusions, following a process and seeing what happens. That’s helped me out considerably in all my careers, even with my transition into politics.”

After graduating, Morell moved from the automotive industry to the fabrication business with a job at Boeing and eventually into construction all in the span of a few years. He always wanted to be an entrepreneur, and a family connection helped open a key construction opportunity. Eventually, he reached a point where he had five companies going on at the same time. But a difficult life event about nine years ago challenged Morell and prompted him to re-evaluate.

“My whole life was chaos at the time,” Morell said. “I’ve always believed that when adversity comes, you can either look at it as an ordeal or an adventure. I always choose the adventure. Life is a big classroom, and in looking back I realize that in good times there isn’t much growth. It’s the tough times that teach you and allow you to make necessary changes and corrections.”

Morell worked with a counselor to understand how he reached that point and to set priorities. The whole process took about a year and ended with him shutting down three of his companies and removing a lot of material baggage to minimalize his life. He also began endurance racing – a sport in which he has excelled, having participated in 19 Iron Man events in the five years including the World Championships last year in Hawaii.

“That gave me an outlet for my life,” Morell said. “That journey taught me perseverance, self-discipline, the ability to deal with adversity, adapt, chance, and be fluid. And it’s been a great education for my kids to see me change so dramatically and recognize the need to slow down and do things you enjoy.”

“Running a small business has challenges,” Morell said. “There are certain taxes, rules, and regulations that are put on a small business owner that you have no choice but to follow. I wanted to help influence those things with the perspective of someone who had experience running small businesses. I enjoyed making policy at the state-level that was good policy for businesses, to bring a voice for small businesses to the legislature and be impactful on their perceptions of small businesses and how they voted.”

After more than a decade away from politics, some friends challenge Morell to re-engage and get involved at the county level. His election last fall began a four-year term on the Pierce County Council.

“I’m at a place in my life where I’m really enjoying things,” Morell said. “I love what I do on the council; I get to help people. It’s taught me a lot about a diversity of things I wasn’t immersed in before.”

One of his focuses for his term is helping establish a well-defined workforce in Pierce County, for which he says education – and particularly technical education – will play a significant role.

“We need to be providing employable individuals who can step into the workforce, because right now we’re running at a deficit,” Morell said. “The traditional college pathway can be very expensive, and vocational/technical training provides a way you can enter into the workforce with very small debt and make a livable wage. The demand for those positions is very high right now. So we need to make sure technical education isn’t overlooked in this process.”

Morell credits his Clover Park experience for giving him the skills and the start he needed in his professional life. He knows the value of a technical education and the importance of the training it provides to the Pierce County workforce. And he stays connected to the college as much as possible, keeping track of the next generation of success stories.

“I love the stories that come out of Clover Park,” Morell said. “I love hearing student testimonies about what the school has meant to them and the things they’ve overcome through the compassion and support of faculty and staff that helped them come out the other end with a career track. I’m always encouraged by the stories.”